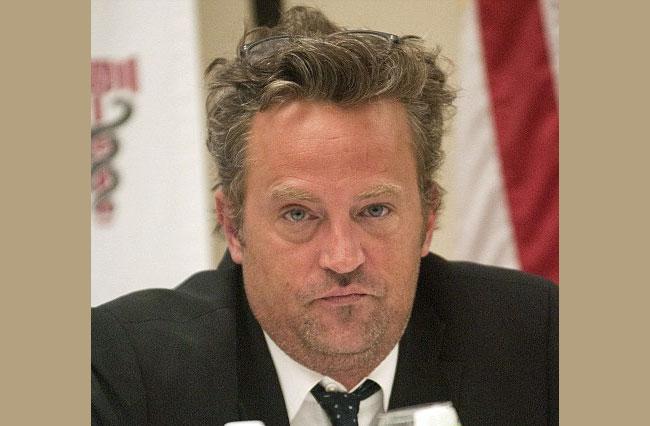 Apparently the tabloids are reporting that actor Matthew Perry of Friends fame is considering plastic surgery.  This article from makemeheal.com says that his friends back home made fun of his fat neck and “double chin”, which prompted him to consider liposuction of his neck.  Not sure whether it prompted him to consider getting new friends.  But there are some important issues at play here, with Matthew Perry specifically and male plastic surgery in general.  And the fact that he’s a male celebrity considering plastic surgery – even more issues.

I was surprised when I read that Matthew Perry is only 43 and the youngest of the Friends cast, many of whom still look very good, plastic surgery or not.  Matthew looks much older than 43, don’t you agree?  But consider that he struggled with alcoholism, got hooked on prescription drugs, smoked (still smokes?), and went through rehab twice and it’s no longer surprising that he looks as haggard and aged as he does.

Yes, even though Perry may have trimmed some weight since his paunchiest, he still doesn’t have the greatest neck profile, with excess fat under his chin (submental fat), and likely some prematurely loose skin and platysma muscle contributing to the effect.  Other considerations that a plastic surgeon would analyze regarding someone’s neck profile would include chin projection (chin implant can help) and hyoid bone (wishbone) position in the neck (can’t help that).  Liposuction or laser lipolysis (SmartLipo) in the submental area is fairly common and effective, but if lax skin and platysma are involved, the results will be limited.  This may be a good thing – a subtle result, especially for a man, and a celebrity at that, may be the best approach.  No need to go Axl Rose – style.

Matthew Perry is the sidekick goofball, not the leading man type, so trying to change his face would be disastrous.  Beyond some subtle neck liposuction, there is a lot Perry could do to help his tired look and it isn’t surgery.  Some skin care and conservative injection of neuromodulators (Botox) and fillers would help.  He’s now sober and off drugs.  Great.  But if he is still smoking he needs to stop.  Smoking is the worst thing he can do.  Eat right.  Tone up with weight training and some cardio.  These are things that all men should consider if they want to stay looking young, not just celebrities considering plastic surgery.