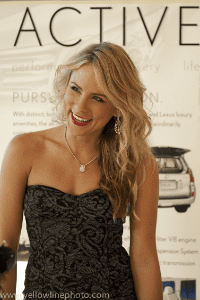 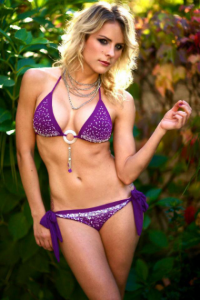 My journey of getting a breast augmentation and experience with Pacific Plastic Surgery has been nothing short of amazing.  I did extensive research and attended multiple consultations with other Doctors, and knew with out a single doubt Pacific Plastic Surgery was for me. Not only is the staff kind hearted, they went above and beyond to make me feel confident and safe. Also, Dr. Mackenzie’s skill and work was the best I’d ever seen.

At the time of my surgery I was the reigning Miss Greater Ventura County 2011 and was preparing for competition for Miss California 2012. In doing so I was able to get my body in the best shape it has yet to be in…yet one thing was still missing…breasts. The more toned my body became, the more my chest region looked masculine. My longing for breasts grew stronger as I realized I had a sincere lack of self-confidence in feeling feminine with my athletic build. I knew Pacific Plastic Surgery could help me achieve the results I desired with all of my heart! After my surgery I finally felt how I always dreamt of feeling, feminine and balanced. My results are natural looking and have made me feel the most confidant I have ever felt.

While competing for Miss California and walking that stage for thousands to see I held my head high, proud and confident in my body. Even though I was not crowned Miss California I was proud of my journey and can confidently say Pacific Plastic Surgery helped me walk that stage self assured. After pageantry, I currently work in the entertainment industry as a Radio personality and Web Host as well as pursuing a career in Acting… and still rely heavily on my body to be beautiful and healthy.  My confidence and loving my body is the best it’s ever been.  I am so beyond happy with my decision and forever thankful to Pacific Plastic Surgery, Dr. Mackenzie, and the wonderful staff. You have all helped me in my journey for success and for that I am forever thankful.” 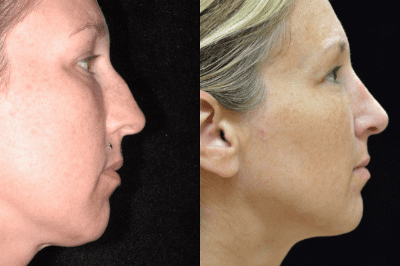 After living with my nose for 37 years, I really had no reason to change it.  I didn’t hate it, it didn’t bother me, it just sort of existed on my face.  In fact, most people thought it added “character”…or maybe they were just saying that to amuse me!  Sure I looked at my profile a few times and wondered what I would look like without a bump on my nose, but I never truly considered rhinoplasty, until I met Dr. Mackenzie.

After a few months of some serious consideration, and talking to Dr. Mackenzie multiple times, I finally went in for a consultation where he took images and altered them to show me what I would look like without the bump, and how he would make it look. He explained that he would thin it a little from the front, and lift the tip as well since after removing the bump it might look strange if he didn’t pop it up a tad. So, I decided to go for it!  The entire staff was really friendly and supportive throughout the process – from pre-op to post-op. Don’t get me wrong, although I had the utmost confidence in the Dr.’s skills, I still had massive anxiety going in to the surgery.

Well, a few short hours later, I woke up in recovery and was told that everything went well.  However, he did have to break my nose to straighten the septum.  I was thinking the worst in terms of recovery, but I stuck to a homeopathic plan and was walking around (bruised, of course) one day later. I even went to work with the stint still on. Cut to 8 months later and I couldn’t be happier with the results! In fact, it doesn’t even look like I’ve had a nose job. My nose is perfectly proportioned to my face and it simply looks like I was born with it. My friends and family say that I still look like myself, and they are in love with my new nose. When I tell people who just meet me that I’ve had surgery, they can’t believe it. 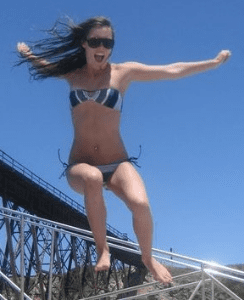 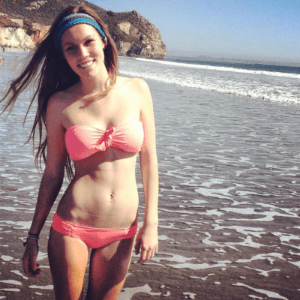 When I first thought about breast augmentation, the idea seemed a little far-fetched, but it was something that I had been thinking about for a while. I was always really uncomfortable with my breast size and thought I looked like a “little girl.” I just wanted to have a more positive body image of myself and feel comfortable in my own skin. I figured that I might as well enjoy each and every day to the fullest, and what better way to do so than have a good self-esteem! When I spoke to one of my close friends who wanted it as well the idea became more realistic.

While researching about it, we stumbled upon Dr. Mackenzie and immediately knew that’s who we wanted. During my first consultation, Dr. Mackenzie and all the staff at Pacific Plastic Surgery made me feel so welcome and comfortable. They answered every single question and concern I had, and for once I didn’t feel like I was being judged for wanting this. About a year later I had my surgery, where they took amazing care of me and made sure I had everything I needed. In the months following my surgery, they made sure that I was completely satisfied with the outcome, which I most definitely was! It has been almost two years since my breast augmentation and I can honestly say that it has changed my life in such a positive way. Never once have I regretted my decision, for I feel so much more confident in my own skin and I finally feel like a woman.” 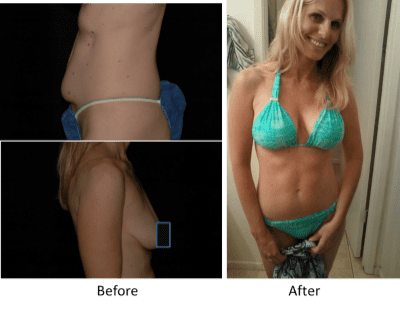 After two c-sections and nursing two babies my body was not bouncing back the way I had hoped. I exercised and watched my diet but did not see the results in the mirror. I chose Dr. Mackenzie because he understood I wanted to look like me, only better. My friends all now comment on how natural my results look.  I highly recommend Dr. Mackenzie and Pacific Plastic Surgery. Dr. Mackenzie helped me get my “mojo” back!